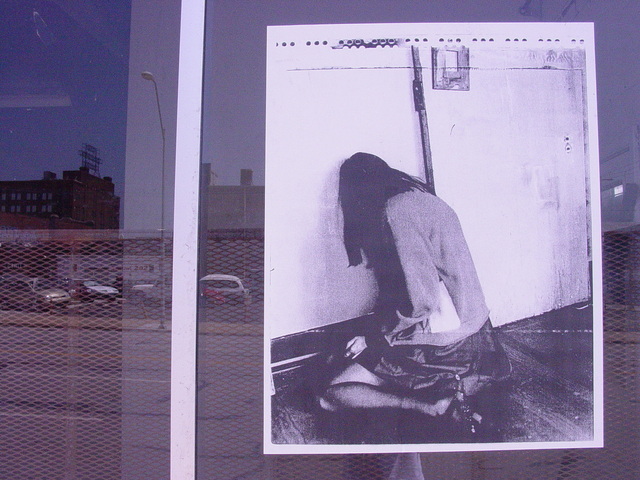 When I was in my early twenties, I was in an abusive relationship.  At various points in our relationship, he gave me a black eye, pushed me into a wall so hard I had to have my scalp stitched back together and squeezed my face so hard that my teeth cut into my cheeks and made them bleed.  Most of the time though, the abuse involved a lot of yelling, putting me down and controlling my every move.

At the time, I felt like I deserved it.   I was depressed and hated myself so it wasn’t much of a leap to think that maybe he was right when he called me stupid.  I thought the same thing, after all.  So maybe I had it coming to me when he went into a rage and pushed me to the floor?  And maybe if I could just do everything right he would be happy?  In some crazy, warped way, I even believed that the abuse meant that he loved me.  After all, when my parents spanked me they did it because they cared, right?  So that must mean that it was okay for my husband to hurt me when I did something “bad.”

One of the biggest things I remember from those years is wanting to escape all the emotional pain, either through suicide or from him finally realizing what he was doing and stopping.  But leaving wasn’t something I ever seriously considered.  I was determined to change him.  I also tried to hide what was going on because I knew that people would try to talk me out of staying with him.

The good news is, I did eventually find the courage and self-respect to leave him.  It happened when he temporarily left the country to work for his father.  At first, I was very upset that he was gone and still clinging to the idea that I loved him and couldn’t wait until he returned.  Then, I slowly began to realize how much better life was without the constant abuse.  By the time he returned, I was a different person.  I had moved in with an aunt and begun working to pick up the pieces of my life.

Looking back on my younger self, it’s hard to believe that I really thought the things that I did.  Since that time, I have learned many things – things that wish I had understood back then.  If I could go back and talk to my younger self, here is what I would say to her:

You are not alone.  There are so many people out there who care.  Your friends, family, people in helping professions like social workers, people who have been through abuse and came out the other side as survivors: I could go on and on listing people who care what happens to you and want to help.  It only feels lonely because they don’t know that you need them.  You only have to speak up and say something.

It’s not your fault.  You didn’t provoke it or ask for it.  You certainly didn’t deserve it.  When he tried to place the blame on you, that was his way of avoiding responsibility for his own bad behavior.  But, you can’t make someone else mistreat you.  He alone is in control of his actions.

Love shouldn’t hurt.  It lifts you up, protects you, supports you and nurtures you.  Love feels good, calm and secure.  It doesn’t try to control or manipulate you.  Nor does it leave you feeling numb or wanting to die to escape your pain.

You can’t change him.  The only person who can change his behavior is him; and, until he is ready to make those changes, they won’t happen.  Even when he becomes ready for change, it may still not happen easily.  He has a lifetime of experiences behind him that have shaped him into the person he currently is.

There are places in your community you can go for help.  In the U.S., you can contact the National Domestic Violence Hotline (1−800−799−7233 or TTY 1−800−787−3224) for assistance.   They will be able to refer you to resources and organization in your area who deal with abuse and domestic violence.   These organizations can help you find emergency shelters, therapy and legal assistance with things like restraining orders.  If you can’t safely call them, you can also contact them through their website and chat room.  Just be careful that your Internet usage isn’t being tracked.

Finally, I would just like to hug you and tell you that you are good and smart and worthy, no matter how you are feeling right now.  Soon, when the depression lifts, you will be able to see this.  Please don’t give up fighting.  There is a wonderful future ahead of you.